Social media and networking websites are extremely popular. Creating a social media presence for your company is something that should be thought through carefully, taking into account many factors. Interacting on social media just because “everyone else is doing it” is not a good enough reason when you consider the risks social media presents. However, the benefits can include the ability to help your company connect with tech bloggers, current and future clients, and potential job candidates.

Social networking has the ability to get your message across to thousands of people very quickly, which makes it a priceless public relations and viral marketing tool. However, popular social networking sites, such as Facebook, Instagram and Twitter, can present a significant hazard to your company and its reputation, depending on how you and your employees use them.

Industry leaders are constantly recommending social networking sites as places to advertise, and as tools to interact and connect with current and future customers. Although, not all publicity is good publicity. It is important to project a positive company image, which you can do through setting up your own social networking account; but it is just as imperative that you control other users’ conversations about you.

What Others Are Saying About You

Facebook, the largest social networking site today based on monthly unique visitors, has more than one billion active users. According to Facebook’s user statistics, the fastest-growing group of users is people older than 35, which means it is becoming increasingly likely that your workforce is getting involved with social networking. While this has many potential benefits, you also want to be careful no one — whether it is a competitor, former or current employees — is tarnishing your company’s name or reputation. The same holds true for blogs, where damaging content may appear without your consent.

The key to keeping your risk low is identity management. The best way to prevent Internet buzz from becoming a hazard is to monitor the use of your company name. Set up an alert or periodically type it into a search engine to make sure that your official website is the top hit and that nothing offensive comes up in the first 20 hits, which is statistically as far as most people will dig in a search.

If you do find references to your company name in the first 20 hits that could be hazardous to your business or your reputation, you have a few options. If social networking sites are the culprit, consider enacting a policy prohibiting employees from mentioning the company name on their personal sites. Explain the negative outcomes this could have for business and help employees understand how acting as poor representation of the company through scandalous photos or negative comments on a social networking site could affect them directly.

How to Handle the Negative

If negative or derogatory comments about your company have seeped into other sites outside the control of your employees, however, the risk to your business is even greater. What’s more, this type of hazardous publicity is more difficult to manage. One approach is to try to increase the amount of positive information about your company on the Internet so that the negative write-ups are no longer within the top search results. Contacting sites and asking them to remove fictitious and defamatory material is another option.

If you have a serious public relations issue and your company’s reputation or legitimacy is on the line because of material on the Internet or social networking sites, it could cost you thousands of dollars in lost business. Consider hiring an identity management or public relations company, which will help organize, analyze and control the information about your organization that appears on the Internet.

The practice of using social networking sites to further research potential employees and weed out candidates based on content in these sites is risky. Not only does it cause you to dabble in issues of legality, but it also could place you in thorny situations when it comes to personal differences you become aware of via social networking tools. A study conducted by Harris Interactive for CareerBuilder.com revealed that 45 percent of employers are already using social networking sites to screen job candidates. This is nearly double the number of employers who did this one year ago. Before you engage in this practice, know what types of hazards you face.

The most obvious problem with this practice is how difficult it is to draw lines between appropriate and inappropriate behavior. According to the Harris Interactive study, more than half the employers interviewed said provocative photos on a social networking site were the largest contributing factor when a potential employee was not hired. But who gets to define what constitutes provocative, and does the candidate have the right to find out this is the reason he or she was not hired? Social networking is such a new trend, especially among the older workforce, that there are currently no ethical benchmarks in place.

By using social networking sites as a filtering tool, you are exposing yourself to potential lawsuits. Many users post personal information such as their religion and age. Even if you decide not to hire them for legal reasons, such as improper educational qualifications, the candidate could accuse you of basing the decision not to hire on information obtained from their social networking site.

There is no right or wrong answer regarding whether Internet research on candidates is a good idea, so it is up to your company to weigh the options. Whatever you choose, remember to examine the underlying risks and consider all feasible scenarios and outcomes to make the most informed decision possible.

Brought to you by the insurance professionals at Schauer Group.
This content is not intended to be exhaustive nor should any discussion or opinions be construed as legal advice. Readers should contact legal counsel or an insurance professional for appropriate advice. © Zywave, Inc. All rights reserved.

Wearing Facial Coverings or Masks in the Workplace During COVID-19 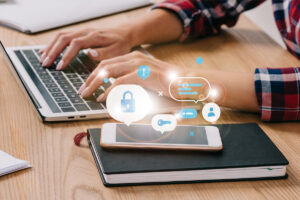 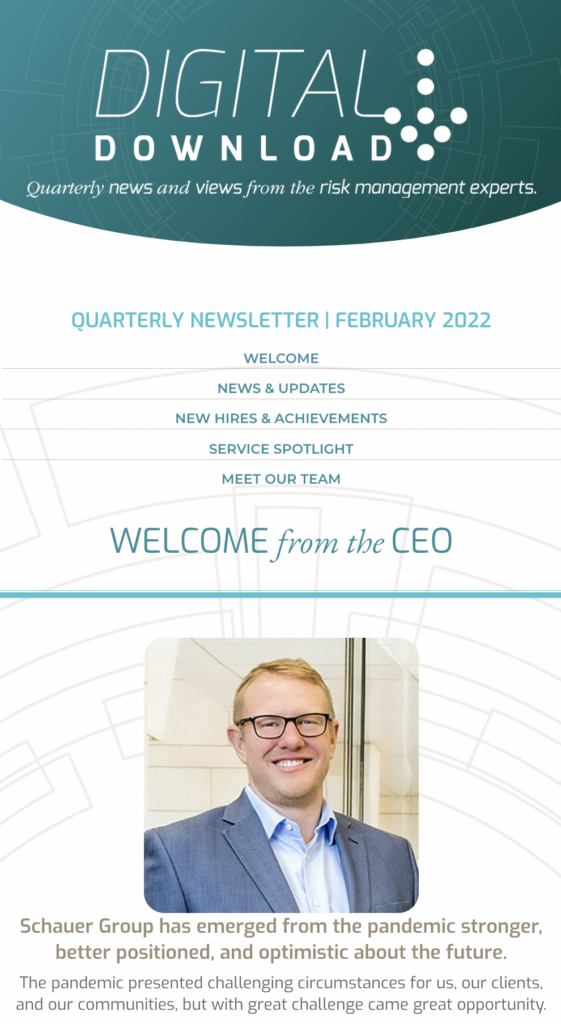